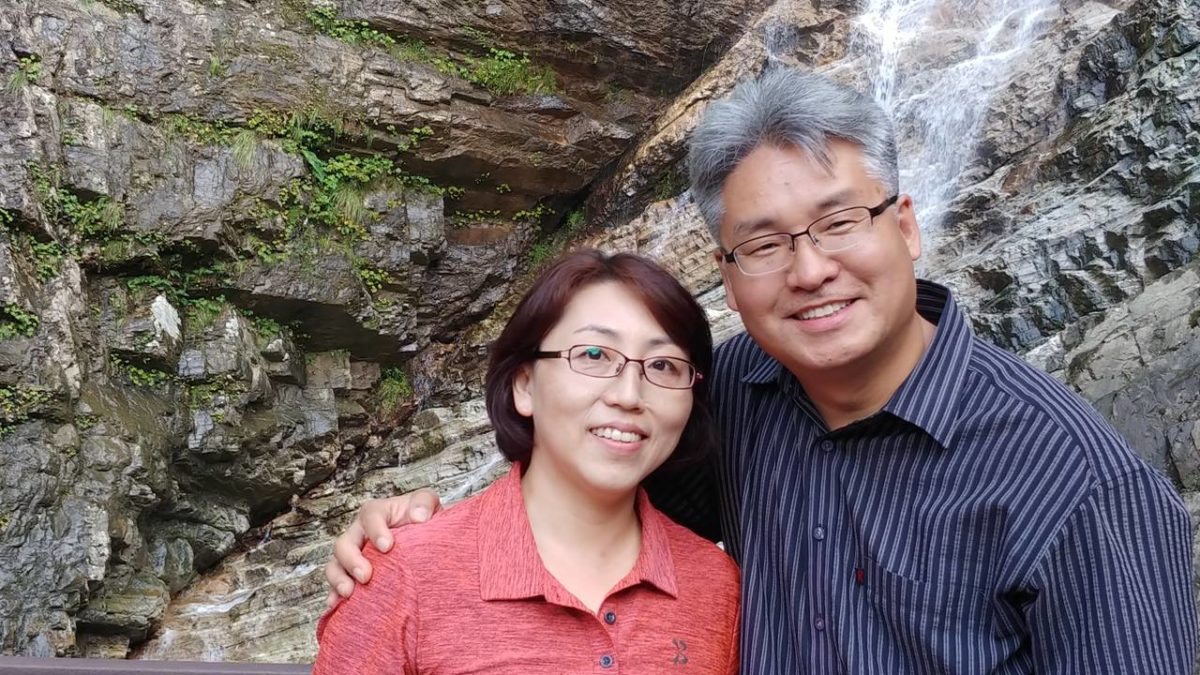 Bock Ki and Sook Kyoung who belong to Mennonite Church Canada Witness have been working in Chuncheon, South Korea since 2013. They work in church planting, developing Anabaptist resources in Korean, and networking. One of Bock Ki’s tasks is sharing God’s shalom with people as a member of a peace church. He has been leading peace seminars and has helped organize peace conferences. Last year, he worked for a peace exchange program between Israel and South Korea, which was supported by Mennonite Mission Network. This year, he will continue several workshops and seminars on the peace issue.

These days, he is willing to join in a nation-wide event called the peace human chain near the DMZ (de-militarized zone) between North and South Korea.

Last year, Bock Ki travelled from one church to another in Canada from Vancouver to Toronto. While he visited Charleswood Mennonite Church in Winnipeg, Manitoba, he heard startle and amazing news from the meeting house Panmunjum. As many people know, Kim JungUn, the Supreme Leader of North Korea, and Moon JaeIn, the president of South Korea, met together on April 27. As soon as he finished preaching at Charleswood, the worship leader called Bock Ki to explain and have a Q&A session about the two leaders and political change in both Koreas. As we already know, there is already a well-established international relationship not only between South and North Korea, but also North Korea and USA.

Since last November, several visionary persons have met and shared their dreams of bringing peace to the peninsula from the bottom up. In calling the meeting of the two political leaders the top or summit, we recognize that we also need to develop a movement from the bottom, at the grassroots level. So we have planned and developed a special event on the day of the 1st anniversary of the summit, Saturday, April 27.

We now call on all peacemakers and peace organizations that can join the event  of the human peace chain near the DMZ. The distance from the east coast to the west is 500 kilo meters. If we join one another hand-in-hand, we will need 500,000 people.

Bock Ki is working in the sector for the city of Chuncheon where he has lived since 2013. There will be a launching ceremony for this city at 2:00-4:00 pm on Saturday, March 16.

As a member of a historic peace church, Bock Ki dreams a dream to bring peace to the Korean peninsula and on earth. This event will be one way to do it. Please remember him, the task force team organizing the event, and the event in its entire process.